How To Create A Winning Culture

Learn how you can create a winning culture within your organization from Tom Whalen, Director of Inside Sales at McKesson.

What Makes A Winning Culture

Winning Culture Definition: A term used to describe a company culture where there’s mutual trust between the team leader and members. This positive culture encourages open communication, teamwork, and can be a source of motivation for employees because they feel they’re part of the team.

A positive culture within the workplace is imperative to win. Some leaders pass off work culture as something soft and unimportant.

Unfortunately, they will have to learn how crucial it is the hard way.

Great leaders recognize the value of their people and put them first.

The problem is, most leaders don’t know the best way to build a winning culture within their team. This is why they find themselves struggling to create a work environment that people want to be in.

We brought on Tom Whalen to share with us how he creates and fosters a winning culture within his sales team. He is the Director of Inside Sales Extended Care at McKesson.

Read on to find out which practices work in building your own winning team culture.

Who Is Tom Whalen?

Tom has been with McKesson for a decade, and he leads the Inside Sales team for Extended Care group. He works with different teams spanning throughout Extended Care.

Their team of 60 sales reps sells everything from Q-tips to MRI machines. What’s amazing is they started with only four members, and they have now grown exponentially.

When asked what made him passionate about company culture, Tom says that it all started back when he coached a high school sports team. He finds that the daily “win-or-lose” battle is what sales and sports teams have in common.

As with a sports team, he also trains his sales reps so they can do their job well.

When they make mistakes, they are accountable for it, but he makes sure to help them through it.

This belief is the cornerstone of the winning culture Tom has built and is fostering within his team. As a result, their business has grown tremendously over the years.

The Essentials to Create a Winning Culture Celebrating a winning culture in the workplace

We asked Tom about the essentials of creating and sustaining a winning culture, and his answer was simple and profound. He said that it’s all about being genuine and honest with your team and listening to their opinions.

You have to establish mutual trust between you and your team members. You can’t buy their trust — you have to earn it and take care of it.

Tom learned team members won’t trust their leaders if they don’t know them. This is why he recommends leaders to also make an effort to spend time and talk with their team.

The Value of Employee Surveys

Tom admits that when you’re building and scaling an organization, getting to know each team member can be a challenge.

As a compromise, they conduct an annual employee survey within their organization. Their team of 60 scored 84% on their employee opinion survey, which is an indication that they are doing well in running their team.

Their feedback will let the management know how they feel about their work, environment, and culture. Acting on any issues that the management needs to address will help them lead their teams better.

Building A Culture of Success: Lead By Example

One of the ways to create a winning culture is to lead by example. We asked Tom how they make this principle more tangible and effective at McKesson.

He shared that what he found really worked well is for a leader to set up a workspace among the team members. It’s simply working alongside your team so they know you’re real.

It helps the leader avoid giving off a distant and unapproachable vibe. As with Tom’s experience, this is common among leaders of a big company.

Advocating a team culture in this way helps everyone feel that the leader is part of the team.

Leaders who regularly immerse themselves in their team’s tasks and environment are able to lead well. This is because they know what goes on throughout the whole process, and they understand their team better.

RELATED: How to Create A Cultural Transformation for Your Inside Sales Team

Another practice that Tom shared with us is collaborating with team members to build a culture. As a leader, you can do this in the simplest of ways.

Take a leaf out of Tom’s book and make time to regularly talk to individual members of your team. This doesn’t only mean having scheduled one-on-one meetings with them.

Rather, make an effort to approach them and talk to them.

Tom said that he regularly asks individual people from his sales reps team questions like:

While some may be too shy to engage in this kind of conversation with their sales leader, you will find that there are those who are willing to share their opinions.

What you need to do as a leader is to genuinely care about what they have to say, listen to them, and address what calls for action.

It’s a great feat to earn your team’s trust in a way that makes them comfortable to share their thoughts with you.

If you’re a leader, don’t shy away from asking for your team’s input as well. Make sure to include everyone in the conversation, especially the quiet ones.

You never know how much you can help each other until you communicate openly.

Lead Like a Coach and Have a Team Mindset 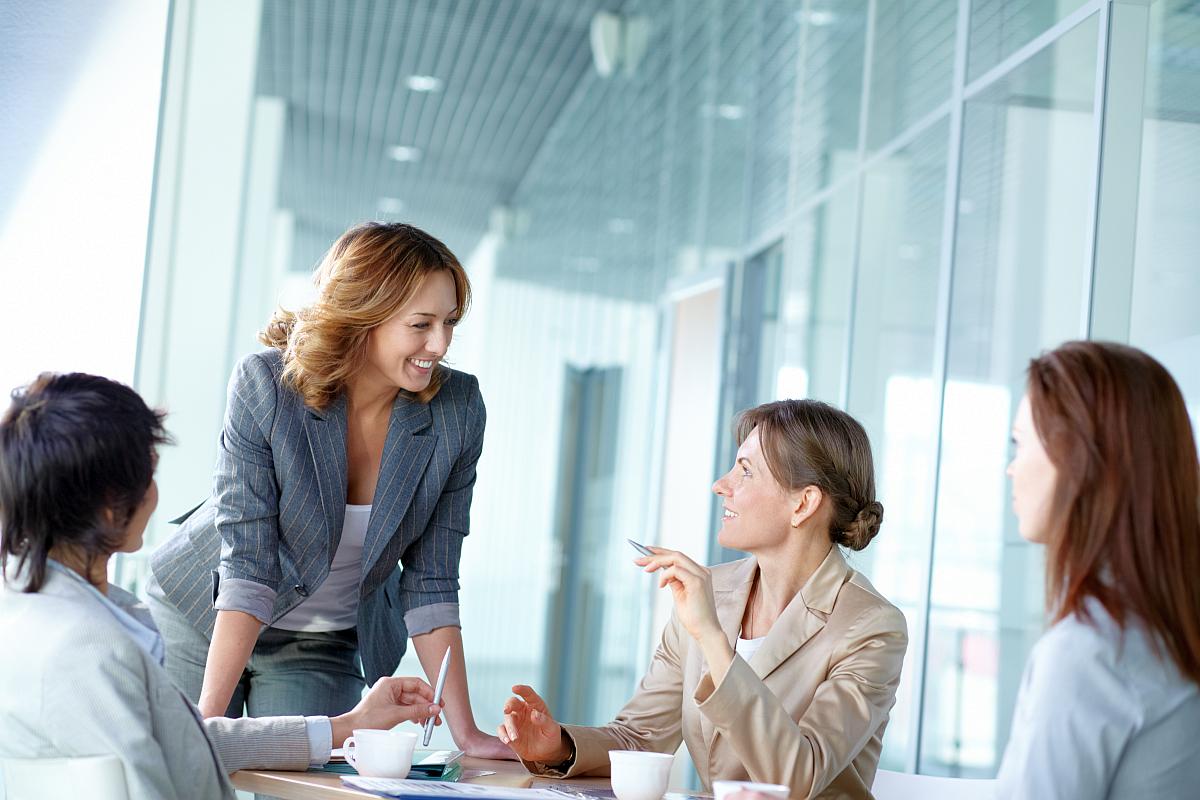 Building a winning culture as a team

Tom shared with us that he has always seen himself as more like a coach than a manager. True to that, he doesn’t mollycoddle his team when they have bad days.

Instead, he asks them what’s going on and helps them figure out how to turn things around and do better.

If you as a leader established a relationship with your team that’s built on trust, your people will respond to this approach.

They know that you’re going to be there for them when they’re in trouble. If they’re slacking off, you can show them tough love and be direct with them so you can both solve the problem.

Each leader has a different style when it comes to team interaction. Tom likes to be both friendly and professional.

He makes an effort to get to know his team personally, but he still maintains a line between them to keep things professional.

To balance things out, Tom takes the lead from his people. He manages his relationships with them in a way that won’t make them feel uncomfortable.

When it comes to the business and hitting KPIs, though, he doesn’t compromise anything.

Bringing up the topic of recognition and reward systems, Tom shared that they like to try different tactics. His long career in inside sales made him realize that “salespeople are a different breed.”

There are many ways to reward your team. You can:

Tom advised managers to have a manageable rewards system. When you have too many going on at the same time, your people won’t know what to focus on.

Recognizing and rewarding your sales team in different ways is something Tom highly recommends. This practice creates a winning culture.

How To Create A Winning Culture

They have to trust you, and they have to believe in this advocacy as well. That’s a huge part of it, Tom says.

Then once you get it going, it’s all about fostering it.

Leaders can get so much more out of their people when they believe that they are part of a winning culture. A lot of this comes from the leader’s genuine desire to build a positive culture.

Your people need to know and feel that you really care about them, and you can’t manufacture that.

The Struggle of Sales Leaders That means pushing them to deliver excellent work.

If you want to connect with Tom and talk more about how to create a winning culture, you can send him a direct message on LinkedIn. He would be happy to answer your questions and help you out.

While creating and sustaining a winning culture is no easy task, it does pay off well. Building and fostering this kind of positive culture within the workplace will reap good rewards for everyone in the long run.

Make an effort to apply the practices you learned, and enjoy the benefits of a winning culture at work!

How can you establish and maintain a winning culture within your team? Share your plans with us in the comments section below.

Up Next: How To Pay Your Sales Development Reps

Links and Resources Mentioned in This Episode: 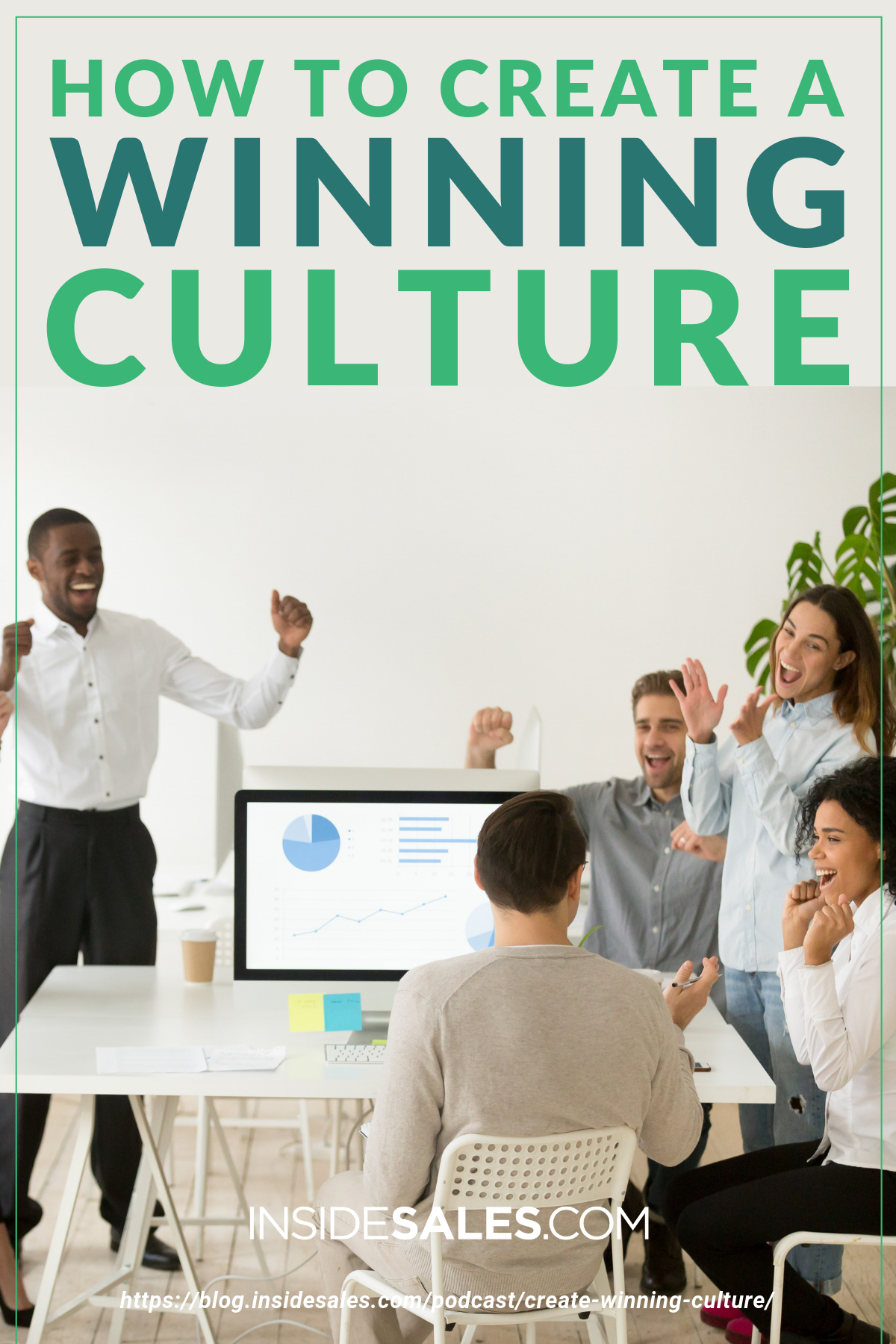 The post How To Create A Winning Culture appeared first on InsideSales.