Sales 2.0 and a Dead Canadian 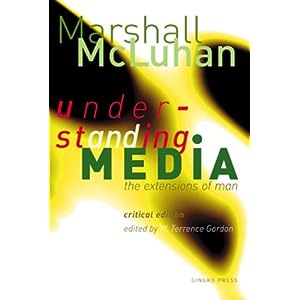 “Our Age of Anxiety is, in great part, the result of trying to do today’s job with yesterday’s tools and yesterday’s concepts.” -Marshall McLuhan

New Year’s Eve, 2010, will mark the 30-year anniversary of the passing away of someone you’ve probably never heard of, a scholar by the name of Marshall McLuhan.

Many academics consider McLuhan, a Canadian who taught the majority of his life at the University of Toronto, to be one of the foremost pioneers in media and communications studies, and their effects on the social and cultural makeup of society.

The concept of “the global village”—an always-on, totally connected society, linked by electricity and wires to move information—was first posited by Marshall McLuhan in 1961, 30+ years before the public Internet and World Wide Web would make his vision a reality.

So why do you care who Marshall McLuhan is, you ask?

Because if there’s a better quote to represent our 21st century reality than the one that kicks off this post, I have yet to see it.

“Trying to do today’s job with yesterday’s tools and yesterday’s concepts” sums up the entire zeitgeist of the Sales 2.0 / Marketing 2.0 / Social Media / Whatever Else 2.0 movement.

It’s the reason why education in America is failing rapidly, why Apple and Google, and not Microsoft or Sony are the world’s technology leaders, why newspapers are dying, why Hollywood Video is dead (and Blockbuster is getting there fast) in the face of RedBox and NetFlix, why American automotive makers seemingly haven’t turned a profit since 1974, why the MPAA and RIAA would rather spend money on exorbitant legal fees than in promoting better entertainment content and distribution.

It’s also the reason why sales advice and sales training continue to be highly profitable businesses, why Social Media “gurus” are getting paid large consulting fees, why “naked” CRM systems are no longer enough without marketing automation, social connectivity, and lead response management.

The reason we’re willing to pay a lot of money for new methods, new technologies, new ways of thinking, is because they’re needed, and we’re seemingly willing to reach out to anyone who appears to have some answers.

Realistically, can everyone actually be an expert who claims to be?

Hardly, and it’s a cautionary tale to not get caught up in hype and snake oil.

But if we’re in such desperate straits to make sense of our emerging economic reality, it’s because we recognize that Marshall McLuhan was right.

Trying to do today’s jobs, meet today’s needs, connect with today’s customers, while using yesterday’s tools and concepts cannot be anything but a recipe for failure.

The post Sales 2.0 and a Dead Canadian appeared first on InsideSales.